One of the coolest highrise residential buildings in downtown Nashville these days is known by its numbers; the Twelve Twelve. The people who are drawn to this towering glass structure in the Gulch tend to be empty nesters wanting to downsize, out of towners wanting a place in the city, or young professionals wanting a more private and sophisticated way of living.

The developer of the Twelve Twelve condo tower has set aside 15 units that will be made available for leasing starting Monday. Monthly rents are expected to range between $1,600 and $3,600. Those 15 units could later be sold as condos, either with the lease permit in place or, after a renter moves out, within the year. Originally, developer Ray Hensler had set aside 25 units for lease to offset maintenance, utility and other costs, but that was reduced to 15 amid stronger demand for owned condos.

The developer of the Gulch's Twelve Twelve has hit key milestones in recent weeks that makes the high-rise tower's conversion to condos official. When the 23-story Twelve Twelve opens Sept. 1 at 12th and Laurel, it will be downtown's first developer-built, high-rise condos since the market collapsed five years ago amid a glut of new units on the heels of the Great Recession. It also will be first new high-rise luxury condos in the Southeast since the recession.

Ray Hensler's financial backers no longer need convincing that there's money to be made by building condos in Nashville. And the prices for those condos are about to go up. Hensler is the developer of the Twelve Twelve high-rise in the Gulch, which originally began as luxury apartments. Hensler's lenders, US Bank and JP Morgan, wouldn't agree to anything else.

Behind the deal: How Twelve Twelve switched from luxury apartments to condos

Ray Hensler has brought me up 23 stories, to the penthouse condos atop the high-rise he's building in the Gulch, to insist that this really wasn't his plan. U.S. Bank and JP Morgan originally agreed to finance what's called Twelve Twelve on the premise that the units would be luxury apartments. The loan language prohibits converting those apartments to condos for sale.

With penthouses sold out, Twelve Twelve condo high-rise on track for August opening

Transplants from Boston will pay between $2 million and $3 million for the largest penthouse atop the Twelve Twelve condo high-rise in the Gulch — and boy do they have a view. Developer Ray Hensler described the buyers as a semi-retired entrepreneur and his wife, both in their 50s, who followed one of their children to Nashville last year. Their new residence has a sweeping view of the downtown skyline from 23 stories up, which Hensler showed me on a recent tour. Their 3,800 square feet of living space will divide into three bedrooms and three-and-a-half bathrooms, plus a den/office, laundry, three fireplaces and a spot for the piano.

Twelve Twelve is developer Ray Hensler's latest endeavor in the Gulch, and the first new high-rise condominium project in Nashville since the recession. Check out the slideshow with this story to take a tour of the building as it wraps the final stages of construction before opening this summer.

The developers of Twelve Twelve, the luxury condominium high-rise under-construction in The Gulch, have secured Results Fitness and DaneFit to program and equip the 23-story tower's 3,800-square-foot wellness center space. The addition of the two entities, the lease terms for which are not being disclosed, follow Twelve Twelve co-developers Ray Hensler (Hensler Development Group) and Fort Lauderdale, Fla.-based Stiles Corp. recently reaching $50 million in value of reserved units from 70 prospective buyers.

Developer Ray Hensler will open his new Twelve Twelve tower in the Gulch as condos. Initially planned as luxury apartments, the project's lenders have agreed to allow the switch if Hensler can convert at least $35 million worth of reservations into contracts for units, The Tennessean reports.

It's official. The 286-unit Twelve Twelve residential tower in the Gulch is going condo. The project's lenders, U.S. Bank and J.P. Morgan, which financed the 23-story high-rise at 12th and Laurel as apartments, agreed to allow for the switch if developer Ray Hensler can convert at least $35 million worth of reservations to contracts.

Nashville developer Ray Hensler began accepting non-binding reservations this weekend from customers interested in buying units inside the new Twelve Twelve tower in the Gulch. The project, previously known as 12th and Laurel, is slated to open in April as a luxury apartment building, but Hensler continues to weigh selling the units as condos.

The Nashville-based co-developer of the newly named Twelve Twelve luxury apartment tower under construction in The Gulch — and under consideration for a conversion to for-purchase condominium units — said the first weekend of taking
non-biding reservations from prospective buyers yielded approximately $15 million worth of unit value. 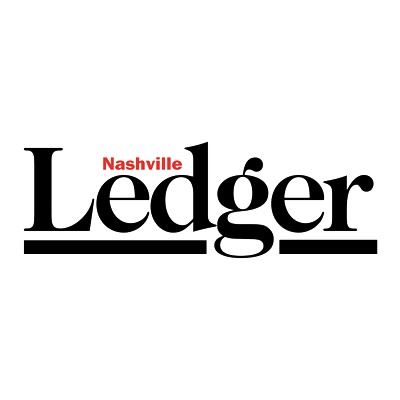 The numbers from the Greater Nashville Association of Realtors
(GNAR) for 2013 are in, and sales were up 18 percent compared to 2012. Pending sales, normally a solid indicator of things to come, are up as well.

The 288-unit residential high-rise Nashville developer Ray Hensler is building at 12th Avenue South and Laurel Street in the Gulch of?cially has a name: Twelve Twelve. A banner bearing that moniker was being unfurled today. "After a lot of consideration, we basically settled on the address, which we expect to be the address for high-rise living for some time," Hensler said, referring to the building at 1212 Laurel St.

25 Nashville business leaders to watch in 2014

It should be no surprise by now that Nashville has been showing up on a lot of lists lately: smartest cities, or fastest-growing, or best new restaurants. You name the list, and there's a good chance that Nashville will find its way on there. So as we looked ahead to 2014, we decided it was time that we created our own list devoted strictly to Nashville business. In this week's section, we wanted to introduce you to 25 business leaders expected to make headlines in the coming year.

Developers of the new residential high-rise going up at 12th and Laurel in the Gulch have tweaked the design to create more two-bedroom units and add penthouses to the high-end project. In Nashville real estate circles, those tweaks have added to chatter that the high-rise development originally designed and financed as apartments could be converted into condos. If that happened, it would mark the first large-scale condo project in Nashville in several years.